THE Darlington Book Fair returns tomorrow after a two-year hiatus due to the pandemic, and there will be thousands of collectible high school books to leaf through.

All subjects and types of books will be covered, including some of Darlington’s foremost artist’s sought-after sketchbooks.

George Algernon Fothergill came to Darlington as a reluctant doctor in 1898, but soon entered the world of country sports. He gave up medicine and became a full-time artist, specializing in horses and hunting scenes. He also captured animated characters, local views and quirky details – he liked pub signs, for example.

He surrounded his sketches with pen portraits and historical details, written in his flamboyant ink pen, and published them as limited-edition sketchbooks.

His first, An Old Raby Hunt Album, was sponsored by the Marquess of Zetland at Aske Hall, near Richmond, in 1899.

But the last, Notes from the Diary of a Doctor, Sketch Artist and Sportsman, in 1908, was published by William Dresser of High Row who refused to publish the full print run until he had settled his debts. This eventually led to him being declared bankrupt, causing him and his family to leave town.

They settled in East Grinstead in Kent (perhaps it was just a coincidence that it was close to Lingfield Park racecourse) and lived happily ever after until July 9, 1943, when his Darlington-born wife and two daughters were among 108 killed when a German plane machine-gunned civilians downtown. Fothergill, who distinctly signed himself GAF, died shortly thereafter.

His sketchbooks are true works of art and several of them will be at the fair, which runs from 10 a.m. to 4 p.m. tomorrow, Saturday May 7.

Next The first-ever Limassol Book Fair will kick off in November, KNEWS 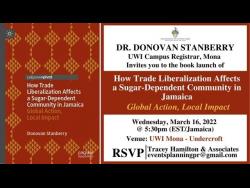